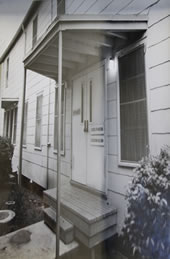 Formal nursing education in the LSU System began in the summer of 1929 on the Baton Rouge campus. The Louisiana State League of Nursing Education requested specific courses as additional education for registered nurses. The Daughters of Charity at Charity Hospital of New Orleans recognized the need for specialized professional education for nurses holding responsible positions in hospitals and schools of nursing education and suggested the LSU courses become a permanent program to prepare registered nurses for positions in teaching, supervision, and administration.

The new program was inaugurated with courses being taught at Charity Hospital in 1931. Between 1931 and 1938, there were individual courses available including supervision in nursing, ward management, ward instruction and several general education courses. Beginning with the 1938 school year, a formally recognized nursing curriculum was initiated for registered nurses.

In 1933, a program leading to the degree of Bachelor of Science in Nursing Education was approved by the LSU System. The newly established Department of Nursing graduated three students in the first class. During the first years of its existence, the Department functioned, except for a brief period, under the General Extension Division, as a department of the Teachers' College of LSU, Baton Rouge. Students were admitted to this program on the basis of having completed a diploma program in nursing and credit was allowed on basic nursing course work. Students graduating from this program were granted the Bachelor of Science in Nursing Education degree, which was awarded at ceremonies on the Baton Rouge Campus.

In 1937, the Department was transferred to the School of Medicine in New Orleans. The "combined program'' or "five year program'' was instituted. This program consisted of two years of college work in advance of the three years in the regular diploma program of the Charity Hospital, New Orleans School of Nursing. Admissions to this program were discontinued in June 1952.

With the goal of expanding its program to meet regional and state nursing needs, in 1952, the Department of Nursing invited a survey team of six consultants to evaluate the resources available to establish a School of Nursing at the School of Medicine in New Orleans, and to draw up a plan of reorganization. The proposals growing out of this survey formed a blueprint for the development of a new baccalaureate curriculum in nursing which was inaugurated by the LSU System in 1955. Two programs of study were established.

The Louisiana State Board of Nurse Examiners accorded initial accreditation to the Program in Basic Nursing on September 16, 1955, and full approval on April 24, 1959. The Department of Nursing has held agency membership in the National League for Nursing, Department of Baccalaureate and Higher Degree Programs, since 1955.

Following a self-study report submitted by the faculty in September 1961, the first visit for national accreditation purposes was held in Spring 1962. As a result of this survey visit and report, the Department of Nursing received full initial accreditation of its basic program by the National League for Nursing on May 5, 1962. Since that time, the Bachelor of Science in Nursing Degree Program maintained full accreditation status with the National League for Nursing until 1998 when the program was accredited for 10 years by the Council on Collegiate Nursing Education.

In 1964, the Department of Nursing announced that as of June 1967, the separate program of study for registered nurses would be discontinued. The Department would continue the curriculum leading to the Bachelor of Science in Nursing degree. In addition to the basic students, registered nurses were admitted with a limited amount of advance standing credit granted on the basis of specific course examinations. The decision to make this change was based on recommendations from the National League for Nursing and was in line with improved educational practices in nursing.

Following the retirement of Sister Henrietta Guyot in 1965, Veronica Majchzak MS in Nursing Education was appointed Acting Head of the Department of Nursing in 1965 until 1969.

On March 13, 1968, the Department of Nursing was relocated from the first floor of the School of Medicine Building on Tulane Avenue into two newly renovated buildings on Florida Avenue. These buildings were former World War II Navy barracks, which, after renovation, provided adequate office and classroom space for the existing program.

The Continuing Education Program began in January 1975 with the appointment of a Regional Coordinator for Continuing Education. This position was made available through a contractual agreement with the Louisiana State Nurses Association, and funded from a United States Department of Health, Education, and Welfare Special Project Grant. In 1978, funding from the Grant terminated and the program continued on State funds until 1986 when the program became self-supporting through self-generated income. The Continuing Education Program has been accredited by the American Nurses Credentialing Center as a provider of continuing education for the awarding of contact hours since July 1980.

On November 13, 1978, The University System purchased a six-story building, located at 420 South Prieur Street in New Orleans, to be used by the School. The structure, containing approximately 60,000 square feet of floor space, was completed in 1941 by Hotel Dieu Hospital and has been used for the Hotel Dieu diploma Nursing Program until the program closed in 1975. Over a period of years, The University System leased parts of this facility for the Associate of Science in Nursing Degree program (1972), for the Graduate Degree program (1973), for the School's administrative offices (1977).

After minimal renovation, the Bachelor of Science in Nursing program moved into the fifth and sixth floors of the building, June 11, 1979. Renovations to accommodate the Multimedia Center were more extensive, requiring almost a year to complete. On April 1, 1980, the Center moved from temporary quarters at 1100 Florida Avenue, into the newly renovated first floor of the building. This event marked the first time in eight years the School was located in one facility.

In December 1984, the School of Nursing and the School of Allied Health Professions moved into a new building, located at 1900 Gravier Street. This building is connected at the third floor to the Medical Education Building, which opened in 1981.

A reorganization of the structure of the School of Nursing into departments was implemented in March 1999. Faculty and courses are assigned to one of three departments – Adult Nursing, Family Nursing and Mental / Community Health Nursing.

On December 7, 2001, the Louisiana Board of Regents granted approval to initiate the curriculum leading to the Master of Nursing with a specialization in Nurse Anesthesia. Students began specialization coursework in January 2002 with the first graduates in 2005.

In 2005, after hurricane Katrina, LSUHSC-NO relocated to the LSU Systems office and then Pennington Biomedical Research Center in Baton Rouge. Within a month, the required Louisiana State Board of Nursing approvals were acquired so that students were able to complete their course work at new clinical locations. Graduate classes returned to New Orleans in January 2006 and undergraduate classes in the summer of 2006.

Elizabeth Humphrey retired as Dean of the School of Nursing in 2007. In the same year, Demetrius J. Porche DNS was appointed Dean.

Approval to initiate a RN Refresher Program was obtained in 2009 from the Louisiana State Board of Nursing.

With great pride, LSUHSC School of Nursing celebrated over 75 years of educating nurses with an Open House Reception on Friday March 19, 2010 and a 75th Anniversary Gala at Pat O’s on the River in New Orleans, March 20, 2010.

In the Spring 2011 semester the Nursing School conducted the inaugural DAISY Faculty Awards presentation. The DAISY in Training Award honoring student nurses was implemented and had inaugural presentations during spring 2015 semester.

In 2012, LSUHSC SON/LSU Healthcare Network opened nurse managed clinics at the Village de Jardin and Terraces on Tulane. Funding was provided by the Health Resources and Services Administration (HRSA) of the U.S. Department of Health and Hospitals under grant number D11HP22193, Nurse Education Practice, Quality and Retention for $575,381.00. This information or content and conclusions are those of the author and should not be construed as the official position or policy of, nor should any endorsements be inferred by HRSA, HHS, or the U.S. Government.

The Southern Nursing Research Society 26th Annual Conference was hosted by LSUHSC SON at the New Orleans Hilton in the spring of 2012. The Epsilon Nu Chapter of Sigma Theta Tau International Nursing Honor Society celebrated its 30-year Anniversary in 2012 at their Annual Induction Ceremony.

The Nursing Continuing Education Program was re-accredited by the American Nurses Credentialing Center on July 1, 2014 for four years.

The first cohort of the CPRIDE Faculty Mentorship Program was initiated in 2015 as was an academic undergraduate honors program entitled Mentoring Undergraduate Students for Excellence in Scholarship (MUSES).

The Alumni Association of LSUHSC SON hosted the First Annual Mudbug March to Stomp Out Pulmonary Hypertension in March of 2015.

LSUHSC SON was designated as a National League for Nursing Center of Excellence for 2015-2019 in recognition of sustained efforts to create environments that promote the pedagogical expertise of faculty. The School of Nursing received two other recognitions in 2015, Whole Child Champion Award presented by the Childhood and Family Learning Foundation and second recognition as Nursing School of the Year for Entry into Practice by the Louisiana State Nurses Association.

In the fall of 2015 a new Master of Science in Nursing concentration, Clinical Nurse Leader was approved by the SON and Vice Chancellor of Academic Affairs at LSUHSC. Louisiana State Board of Nursing approval was obtained on December 4, 2015.

The Adult Gerontology Acute Care Nurse Practitioner and Adult Gerontology Primary Care Nurse Practitioner concentrations in the Doctor of Nursing Practice program were developed in response to perceived need by the community of interest. The curricula were approved by the SON and Vice Chancellor of Academic Affairs at LSUHSC in April of 2016 and by Louisiana State Board of Nursing on June 16, 2016. The first cohort of students were admitted in fall of 2016.

The SON was recognized in 2016 as the Nightingale School of the Year for Graduate Degree Programs by the Louisiana State Nurses Association.

A SafeZone for Lesbian, Gay, Bisexual, Transgender, and Ally training program was initiated in 2016. An all-gender restroom in the SON was dedicated in 2017.

The Simulation Center of the Nursing Skills and Technology Center at LSU Health New Orleans School of Nursing received 5-year accreditation in Teaching/Education on April 25, 2017 from the Society for Simulation in Healthcare.

In 2017, the SON and University Medical Center initiated a Nursing Research and Evidence Based Practice Council.

The Psychiatric Mental Health Nurse Practitioner concentration in the Doctor of Nursing Practice program was developed and the curriculum approved by the SON, Vice Chancellor of Academic Affairs at LSUHSC in April of 2017 and by Louisiana State Board of Nursing on June 8, 2017. The first cohort of students were admitted in fall of 2017.

The SON received the 2017 Stellar School Award from the National Student Nurses Association.

The first group of nursing students and faculty participated in 2017 in the annual medical humanitarian project Healing Peru and spent two weeks providing medical care and service to the residents of Peru.

The Pediatric Nurse Practitioner – Acute Care and Pediatric Nurse Practitioner – Primary Care concentrations in the Doctor of Nursing Practice program were developed in response to requests by the community of interest. The curricula were approved by the SON and Vice Chancellor of Academic Affairs at LSUHSC on October 12, 2017 and by Louisiana State Board of Nursing on December 14, 2017. The first cohort of students were admitted in summer of 2018.

The School of Nursing launched an inaugural magazine, LSU Nursing, in 2018.